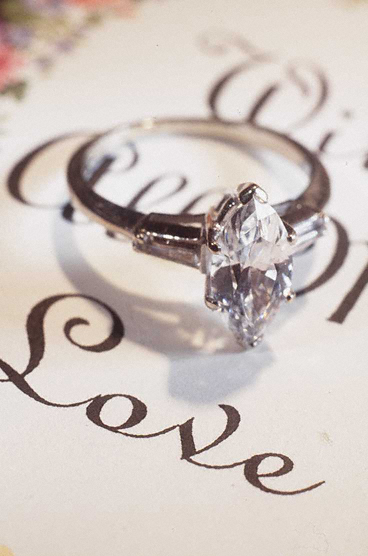 Getting married is one of the biggest steps that a person can take in his or her lifetime. It’s also a very exciting time for a couple and usually entails a magnitude of planning and administration. Finding the correct wedding venue, inviting all of the guests, appointing a Marriage Officer, catering arrangements, decor and music are typically all things that need to be arranged and can take a lot of time and energy. On top of all of this, it’s very important for a couple to remember to give due regard to the Matrimonial Property Regime that will be applicable to their marriage.

There are three types of Matrimonial Property Regimes to choose from in South Africa:

Marriage in community of property

A marriage in community of property means that after their marriage, the parties to the marriage will lose their separate estates, and a joint estate will be formed. All of the assets and liabilities of both parties will fall into the joint estate on a 50/50 basis, subject to a few exceptions (for example assets that are bequeathed to a party by way of a last will and testament which strictly provides that it is to be excluded from the joint estate). The parties will also generally not be able to perform any legal action relating to the joint estate without the consent of the other party.

When this type of marriage is dissolved due to divorce or death, the joint estate will be divided in half with each party being entitled to their half.

Marriage out of community of property, without the accrual

If a couple is desirous of excluding the community of property as described above, they may enter into an Antenuptial Agreement with each other to such effect.

Furthermore, the parties will have to choose whether or not they want to make the accrual system part of their Matrimonial Property Regime. If they agree that the accrual system will not be applicable, it will be excluded from their marriage.

When the marriage is dissolved there will be no division of any joint estate and there will also be no accrual to be calculated with neither party being entitled to an accrual claim.

Marriage out of community of property, with the accrual

All of the principles as set out above under the Marriage out of community of property, without the accrual, remains applicable here, with the exception that the accrual system will be applicable.

In broad terms, the accrual system means that the parties to the marriage will, at the dissolution of the marriage, share in the growth that accrued to their estates during the existence of the marriage.

The calculation of the accrual of the respective estates basically works as follows:

Certain assets are excluded from the accrual calculation (meaning they are not taken into consideration at either the commencement of the marriage or the dissolution thereof). Examples of these assets are:

Other matters that may be included in an Antenuptial Contract

The parties may include any other matter in their Antenuptial Agreement relating to their marriage as they deem fit, as long as same does not conflict with nature, reason, morality and the public interest. A couple may also not include provisions that are in contradiction with the material consequences of a marriage or which may lead to a divorce or which aims to take over the function of a court. The various other matters that can be dealt with in an Antenuptial Agreement are quite broad and cannot be elaborated upon further in this article.

Signing and Registration of Antenuptial Contracts

An Antenuptial Agreement must be signed in front of an admitted and practicing Notary Pubic who will also attest to the agreement. The contract must also be signed in the presence of two competent witnesses. The Notary Public will affix his or her office stamp to the contract.

After a couple has signed their Antenuptial Agreement, the document must be registered in the Deeds Office within three months after it was signed.

In terms of section 21 of the Matrimonial Property Act, Act 88 of 1984, spouses may apply to the High Court in order to change their Matrimonial Property Regime according to their wishes. The Court would have to be convinced that there exist good reasons for the proposed change, that sufficient notice has been given to all the relevant creditors and that no person will be prejudiced by the proposed change.

It is important to note that a Court Application as described above will entail material legal costs.

Amendments to your Antenuptial Contract

The Antenuptial Agreement between spouses gains legal power only after the marriage comes into existence. Should a couple wish to amend or cancel their Antenuptial contract before they get married, same can be done by way of an amendment agreement or notarial cancellation agreement which must also be registered in the Deeds Office.

Mistakes in the contract can be rectified by way of an application to the Registrar of Deeds in terms of section 4(1)(b) of the Deeds Registries Act, Act 47 of 1937. These mistakes include spelling errors, typing errors and/or incorrect information being reflected on the contract, without same having a material bearing on the intention of the parties. The correction of the error may not have the effect of conveying any rights.

Honey Attorneys can assist you with any matter relating to Matrimonial Property Regimes, or should you require an Antenuptial Agreement, any one of our admitted Notaries will be happy to help.

What is the legal implications to buy or sell a property "voetstoots"?Prev
The responsibilities of the financial service providers (FSP) and their representativesNext